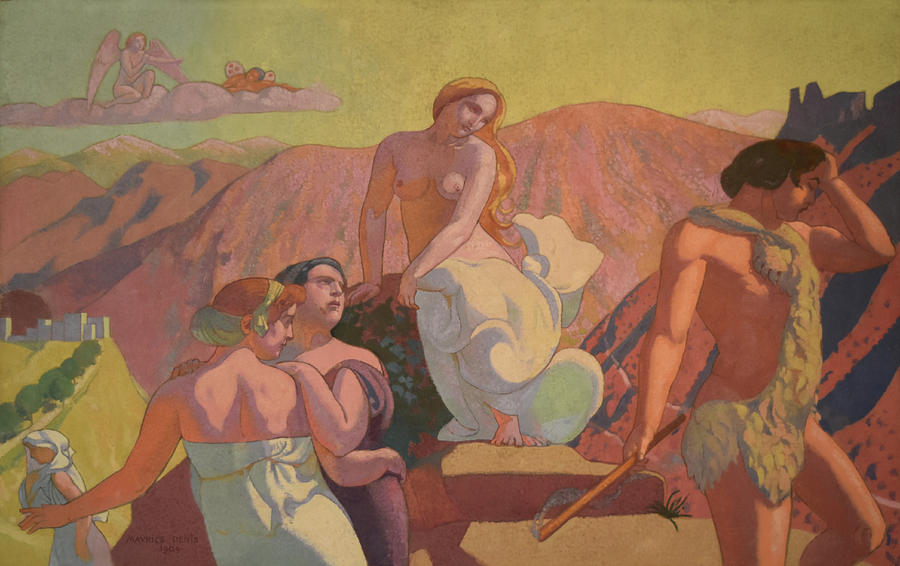 Psyche's Kin Bid Her Farewell on a Mountain Top

Psyche's Kin Bid Her Farewell on a Mountain Top

Having had enough Eros goes to the heavens and asks Jupiter to intervene. He confesses his love for Psyche so eloquently that Jupiter is moved to grant him his wish. Eros brought Psyche to Jupiter who gives her a cup of ambrosia, the drink of immortality. Jupiter then joined Psyche and Eros in eternal marriage. In panel five, In the Presence of the Gods Jupiter Bestows Immortality on Psyche and Celebrates Her Marriage to Eros, Denis shows the happy marriage ceremony with Eros and Psyche on either side of Jupiter. Light has prevailed, evil has been overcome. Panels six and seven show scenes of the now immortal Psyche going to live with the gods.