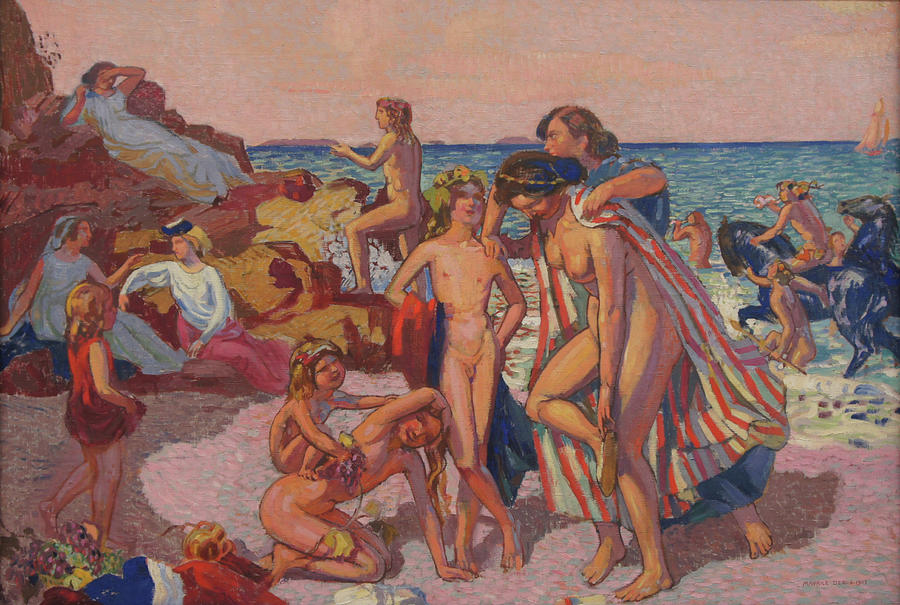 In January 1898, Denis made his first visit to Rome, where the works of Raphael (1483-1520) and Michelangelo (1475-1564) at the Vatican made a strong impression upon him. On his return to Paris, Denis re-oriented his art toward neo-classicism by employing more defined figures with the use of chiaroscuro shading. Denis turned increasingly toward mythology to explore what he termed “Christian humanism.” That same year he bought Villa Silencio, a small villa in a remote unpopulated fishing village in Perros-Guirec, Brittany. He began a series of beach paintings on mythological themes using bright colors influenced by fauvism. In 1907, he painted Bacchus and Ariadne one of the strongest paintings in this series, it melds neo-classicism with a fauvist use of bright color. He followed this with a series of paintings of nudes at the beach or in bucolic settings, all based on mythological themes.