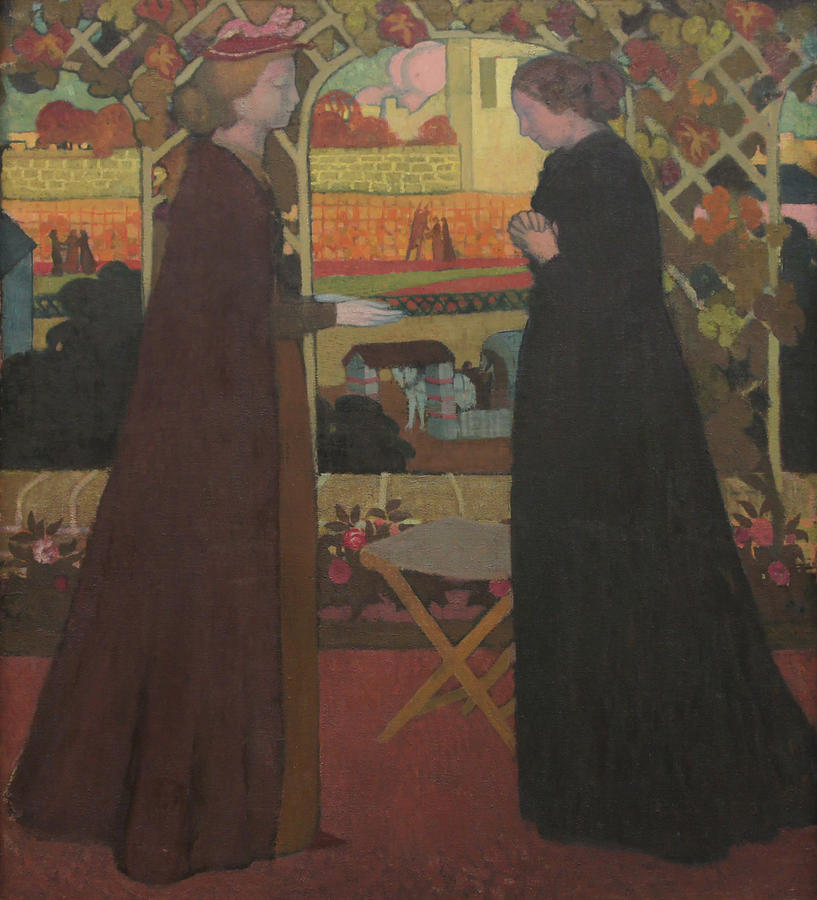 Best known as a founding member of Les Nabis, Denis was also an important pioneer of modernism. In 1888, a group of young French artists, most of which were students together at the Académie Julian in Paris, formed a group called Les Nabis (named for the Hebrew word for “prophets” or “seers”). At the age of 18, Denis was credited with writing the Nabi Manifesto when he published The Definition of Neo-traditionalism in the August 1890 journal Art et Critique. The group followed Paul Gauguin (1848-1903) and contributed to his efforts in the development of synthetism. Looking to transform and revitalize painting, the Nabi painters were committed to creating work that was more than just a representation of the natural world but synthesized symbolic and spiritual metaphors in its imagery. Stylistically, they strove to achieve a purely decorative quality in their paintings, inspired by the pure colors and flattened forms of Gauguin and the simplified compositions of Japanese prints. Synthetism employed two-dimensional patterns much like puzzle pieces. In Denis’s famous 1914 essay, New Theories of Modern Art and on Sacred Art, he wrote, “Remember that a painting, before it is a horse in battle, a nude woman or a sort of anecdote, is essentially a flat surface covered with colors assembled in a certain order.” Of course, color wasn’t arranged in just any order, but through a careful study of analogous and complementary colors. Les Nabis, most active in Paris from 1888 until 1900, was Denis’s foundation as an artist on which he built upon.