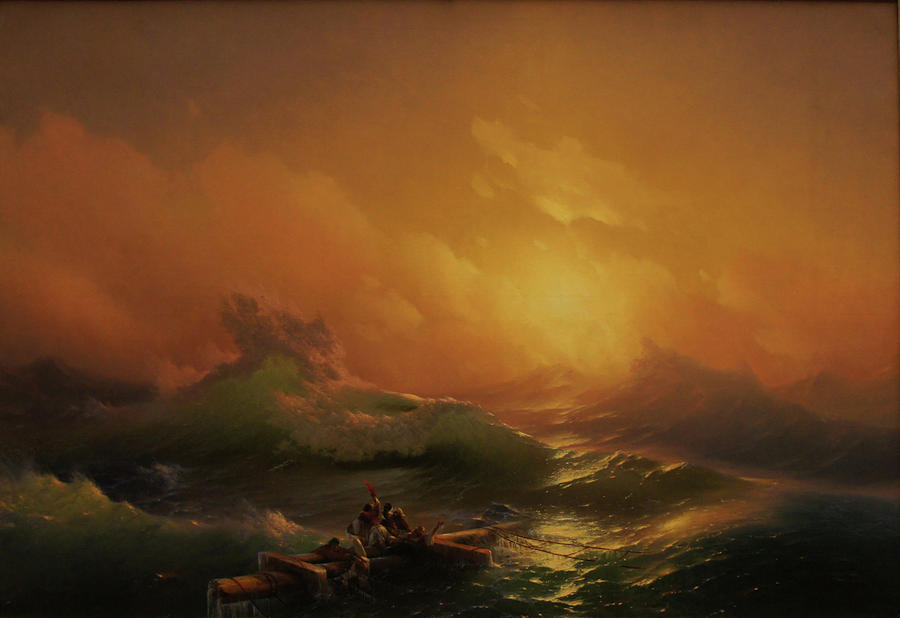 Ninth Wave, 1850, oil on canvas – One of the most successful Russian painters of the nineteenth century, Ivan Aivazovsky (1817–1900) garnered world fame as one of the greatest marine artists in history. During the span of his sixty-year career as a painter, he created more than six thousand works. Most of these paintings are kept in Russian, Ukrainian and Armenian museums today, as well as private collections. He was highly respected among his piers for the exceptional quality of his work, so much so that the great Russian writer Anton Chekhov (1860-1904) popularized the saying “worthy of Aivazovsky’s brush,” which is used in Russia to describe something “ineffably lovely.”